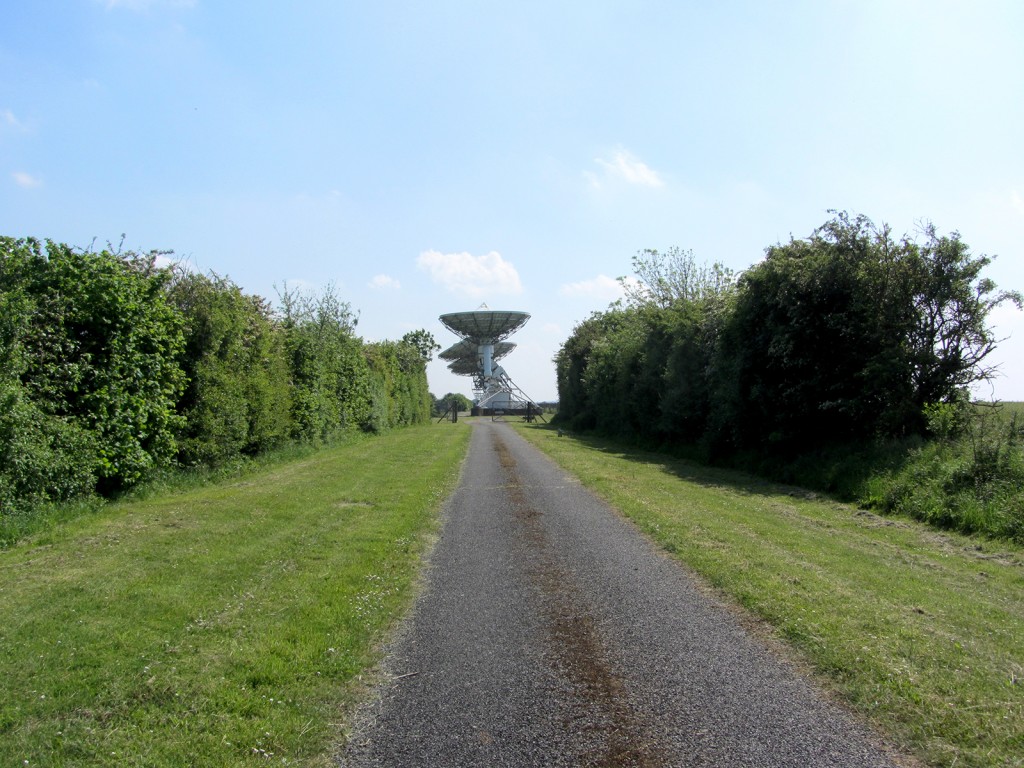 Damian’s 60th birthday party was on Saturday, so we took the opportunity for the first camper weekend of the year and drove to Cambridge. Completely fortuitously the weather was totally stunning, and after a predictably well-populated (but lovely) walk along the Cam on the Saturday, we went looking for an Ordnance Survey oddity on the Sunday morning. The map shows a long straight road, with three telescopes at intervals, followed by what looks like a rail line marked ‘travelling telescope’. Although the track, accessible by a path through a field from a road bridge, was marked ‘No right of access’, the gate to the telescopes was open and a man in a red shirt had walked along and in just as we arrived. So I deemed ‘Right of access’ to have the same meaning as ‘Right of way’ (no right to walk, but if it’s open you can), and set off. 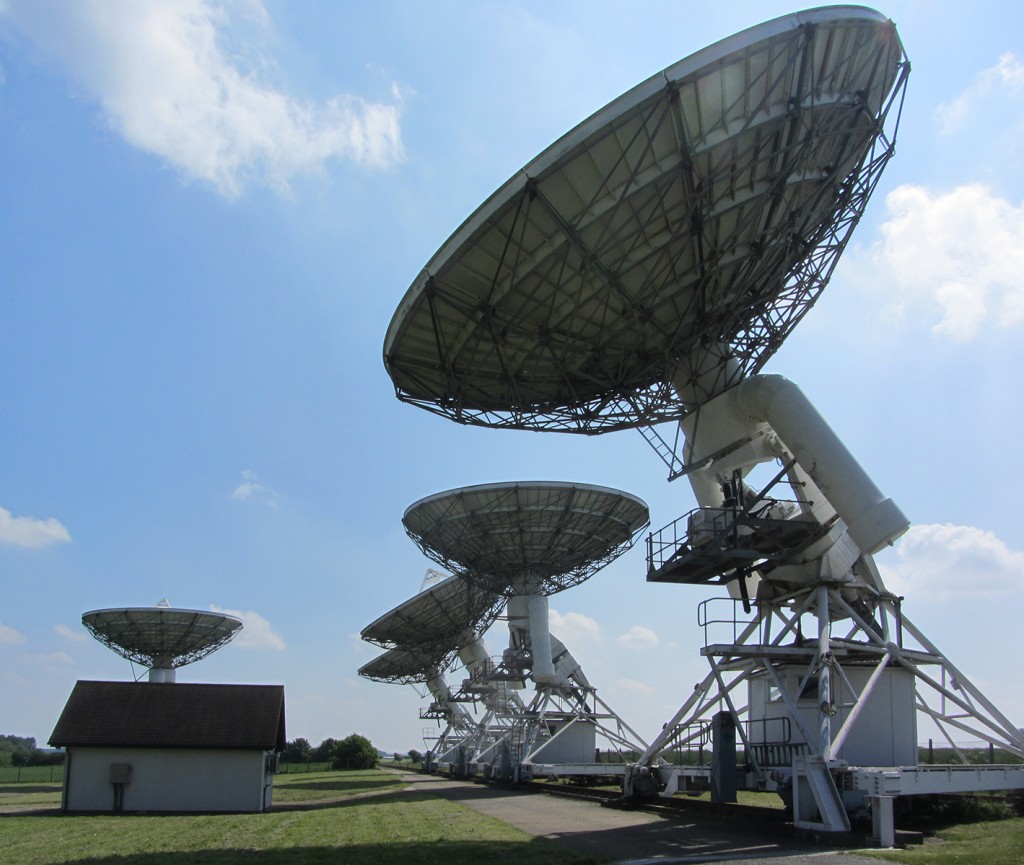 Through the gate, and there was a row of four telescopes sitting on rolling bogies on rails that stretched out ahead. And said man in red attending another. So I was stopped from going further – probably a good thing, as he told me there’s an eight foot fence further on, and had he left before I got back there he might have closed the eight foot gate with me inside. Sadly, they don’t travel any more, but do all their telescoping from their compound. But good to see.

If anyone knows the collective noun for a group of telescopes I’d love to hear.